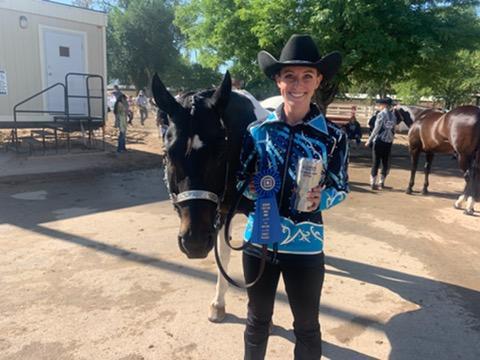 Trista Lebsack showed cattle, placing seventh and sixth in market, and fourth overall in showmanship. Trista said that she “enjoyed getting to spend time with my family and steers.”

Sarah Lynnes showed pigs, placing tenth in-market. Sarah said that she “enjoyed showing pigs at the state fair for the first time, and being able to place in the top ten of my class.”

We are beyond proud of our students’ successes this weekend, and all the hard work they put into these projects.

C Team played first, starting at 4:30. They won their first set, lost their second set, and won their third set. The girls on both sides fought hard, with the scores being close each set.

The JV girls started their game immediately after the C Team game ended. The worked hard but lost both of their sets. The sets were very close in points. They lost by only two points in their first set.

The Varsity girls were started their game at about 7. They played very hard, but they unfortunately lost both of their sets. 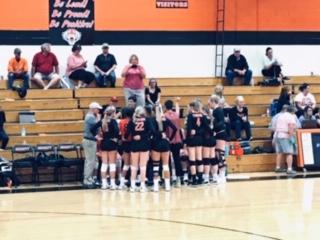 Senior varsity player Chloe Church said, “We were all very supportive of each other and we worked hard, but it did not turn out the way we wanted,” which shows that the girls believe that they did well, but that there is some room for improvement.

Something that was consistent throughout all three games was that they would work together as a team, but they also lack the self-confidence that was needed to win. Another senior varsity player, Shay Reszka, stated, “I think we need to have more confidence, and we need to let our drive win over our fear of losing,” showing the girls see what they need to do in order to win their next game.

The girls’ next game is on Saturday, September 14th in the Bennett gyms.

Bennett’s Boys Soccer faced off against Academy at home on August 28, 2019. Bennett lost to Academy 5-0 in a hard-fought game.

Last year, in the game against Academy, Bennett lost 9-1. This is a major improvement from last year, but in the end, Aca 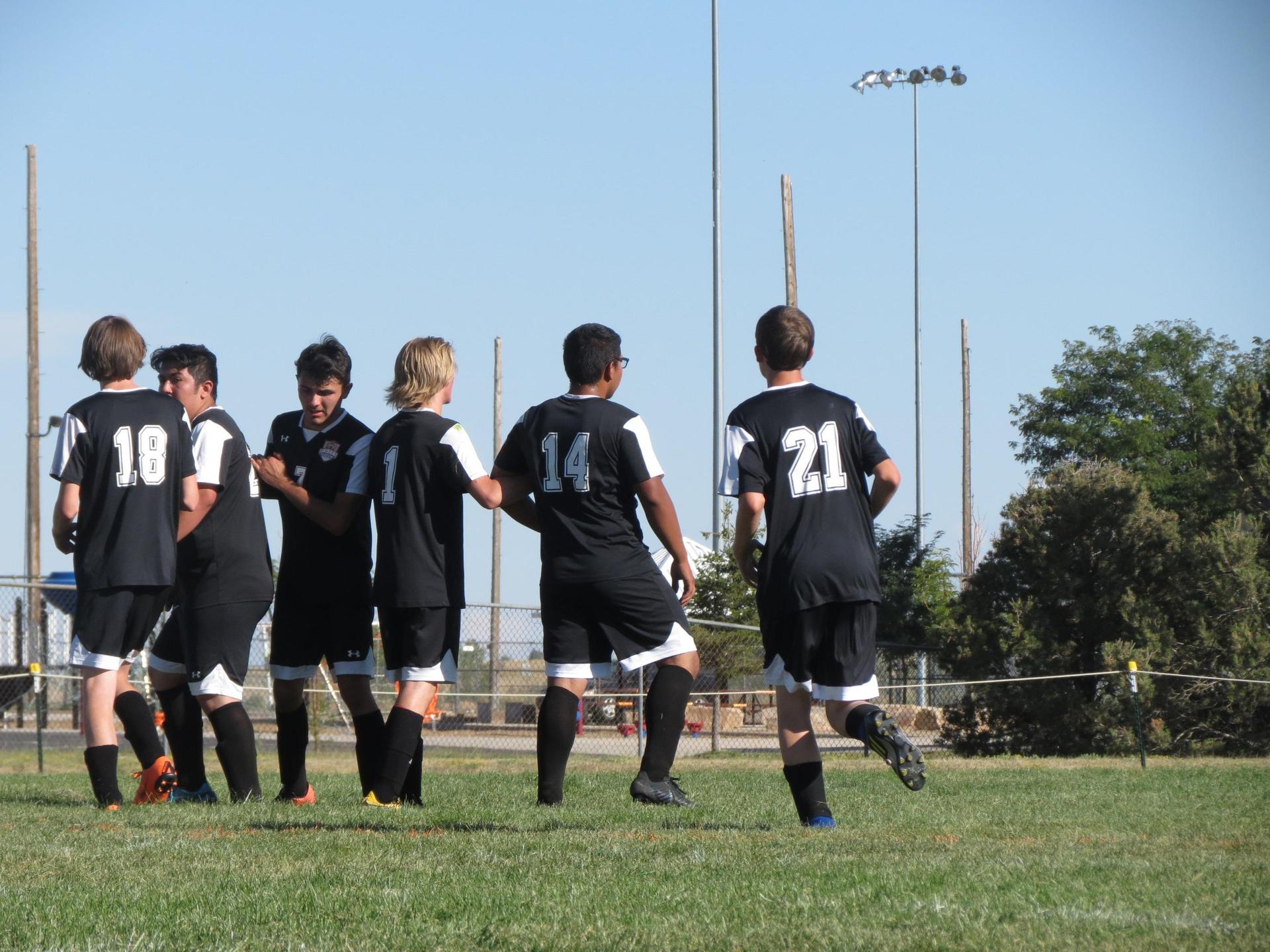 Some star players during the game were Javier Jimenez, Jisoo Kim, and Zach Shelest. Javier and Jisoo both played offense and kept Academy on their feet. Zach Shelest played goalie and made a valiant effort to hold off Academy’s onslaught of goals.

After interviewing two players on the Bennett team, they both seemed to agree that the second half was their best half. Senior player, Sergio Villarreal, said “The first twenty minutes of the first half and the second half were the best I’ve ever seen Bennett play,” which shows how well the team thinks they did. Another senior player, Alexander Gonzalez stated “We killed it during the second half,” showing that even though they lost, the boys were happy with their performances.

The game was hard-fought but there is always room for improvement!

On September 6th, the Bennett Tigers football team traveled to Ellicott to play against the Ellicott Thunderhawks. The game originally scheduled for 7:00 pm was pushed back until 8:00 pm due to intense weather. The Bennett Tigers didn’t let this stop them. They played through the rain and beat the Ellicott Thunderhawks by an astounding 54-0 score. Many great plays were made allowing for Sophmore Collin Petre (QuarterBack), Junior Mikey Babi (QuarterBack), Junior Jordan Despues (Running Back and Strong Safety), Junior Mac Copeland (running back), Junior Dillion Copeland (Running back), Junior Muhammed Diop (running back), Senior Joe Jordan (running back) , and Senior Casey Harvey ( Full back) to all score a touch down leading to a great victory. Junior Gael Guzman had a fumble recovery that resulted in a stellar touch down during the first quarter. Guzman also only missing 2 kicks scored 7 extra points making it through the goal in PAT kicks.

After the game, I spoke with head coach Rick Jacoby who said, “It was a good night minus the lightning delay the boys played well and they had a lot of enthusiasm. We’re excited to see how they do against Strasburg in the away game Friday the 13th. BANG.” The town of Bennett is in full support of the boys and they are ready for the great season ahead of them.

Next Upcoming Game: September Friday the 13th. Bennett vs. Strasburg at the DewyWinter Field in Strasburg Colorado.

Article by CarolAnn Grant
Edited by Chloe Church
On October 8, the lady tigers had a game against Platte Canyon at home. C team played first at 4, unfortunately losing in 2 sets, but we are proud of how hard they fought. Next up was JV at 5, playing hard and winning both of their sets quickly. At 6, Varsity played and won all 3 of their sets. In an interview of Senior Varsity hitter Chloe Church, she said how it was a quick game that was executed pretty well. When asked what the team could’ve done better, she said they needed to not have let the other team in after a long run of points in the third set. The Varsity is now 6-0 in league. 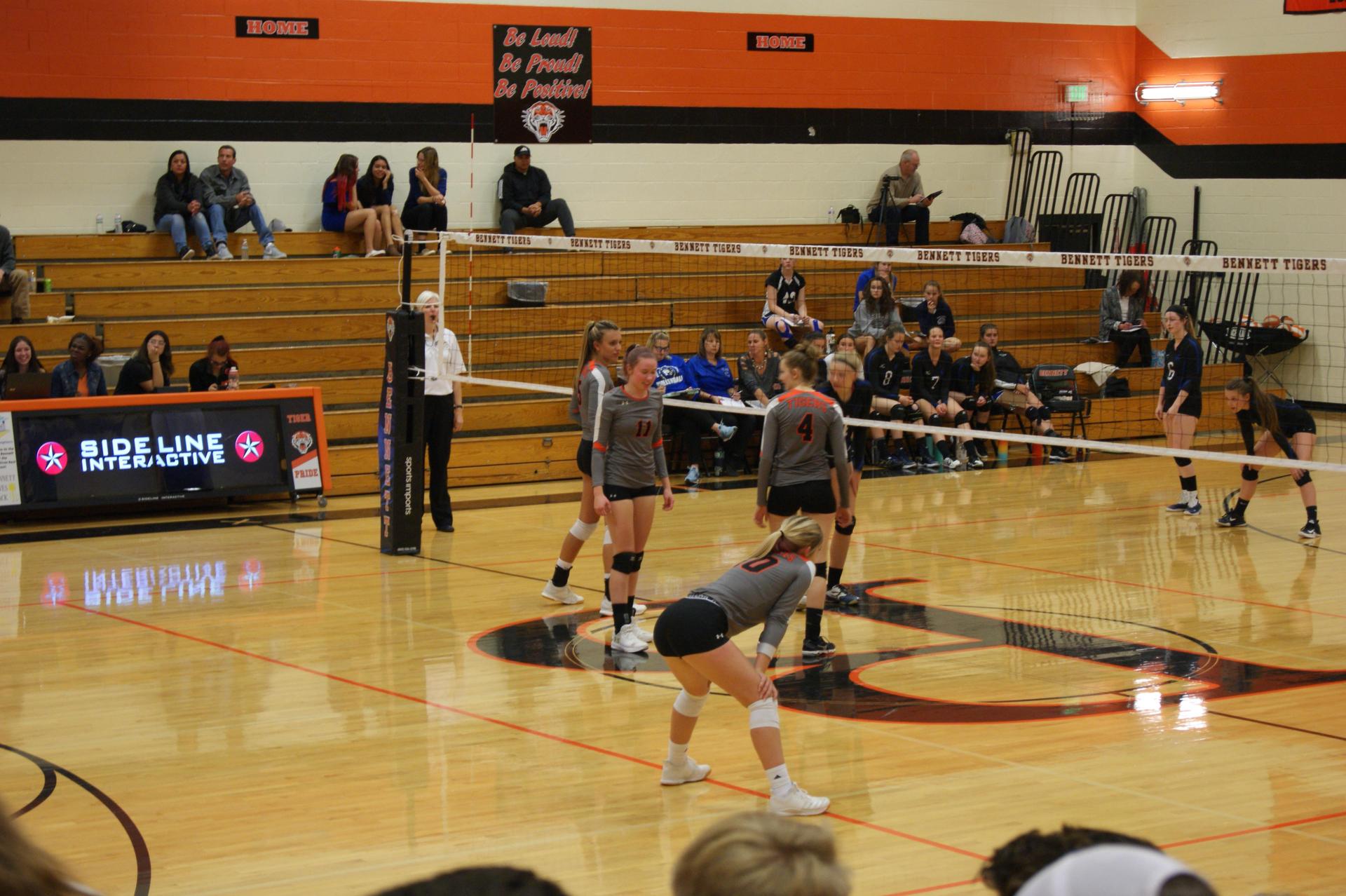 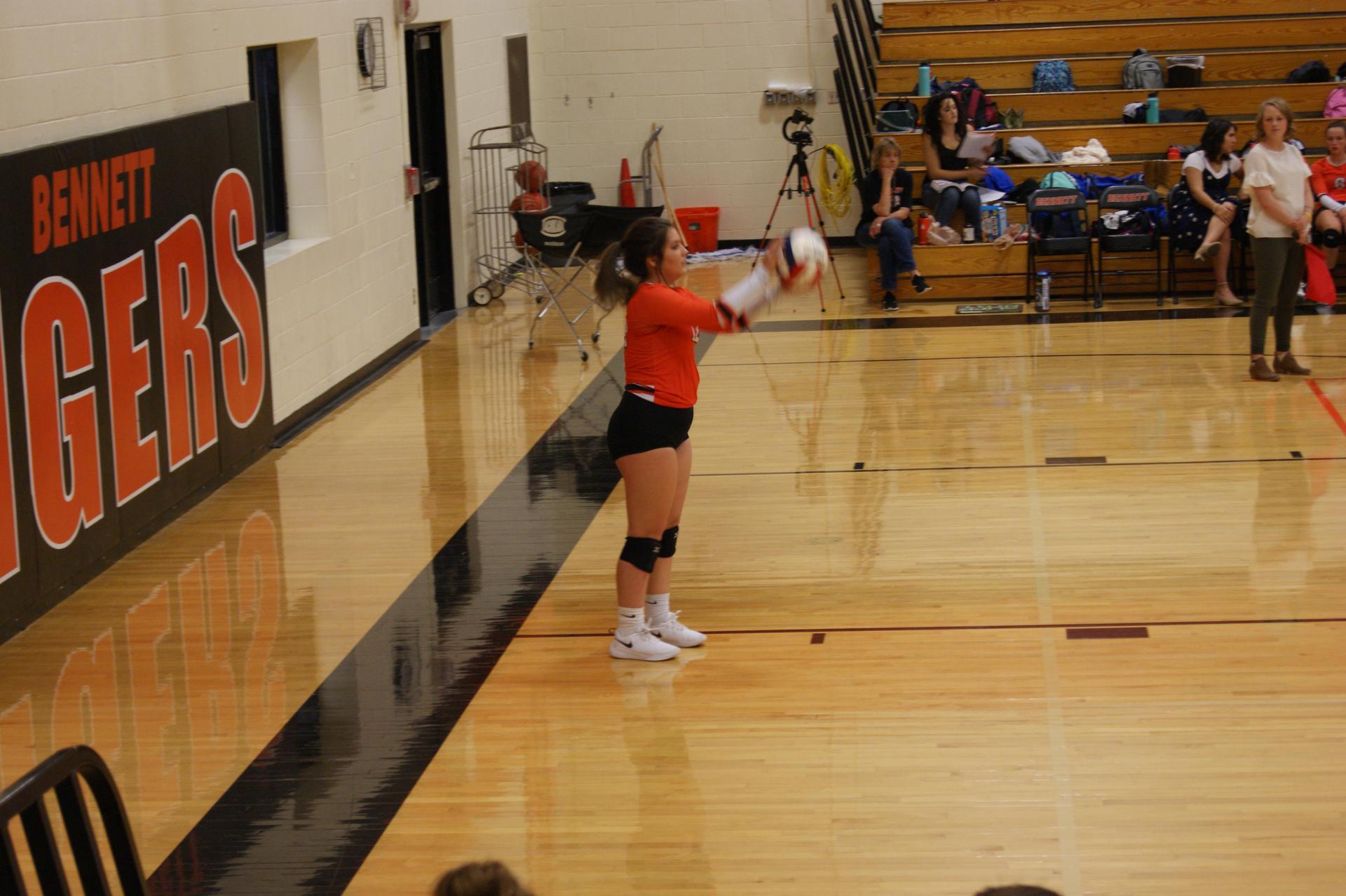 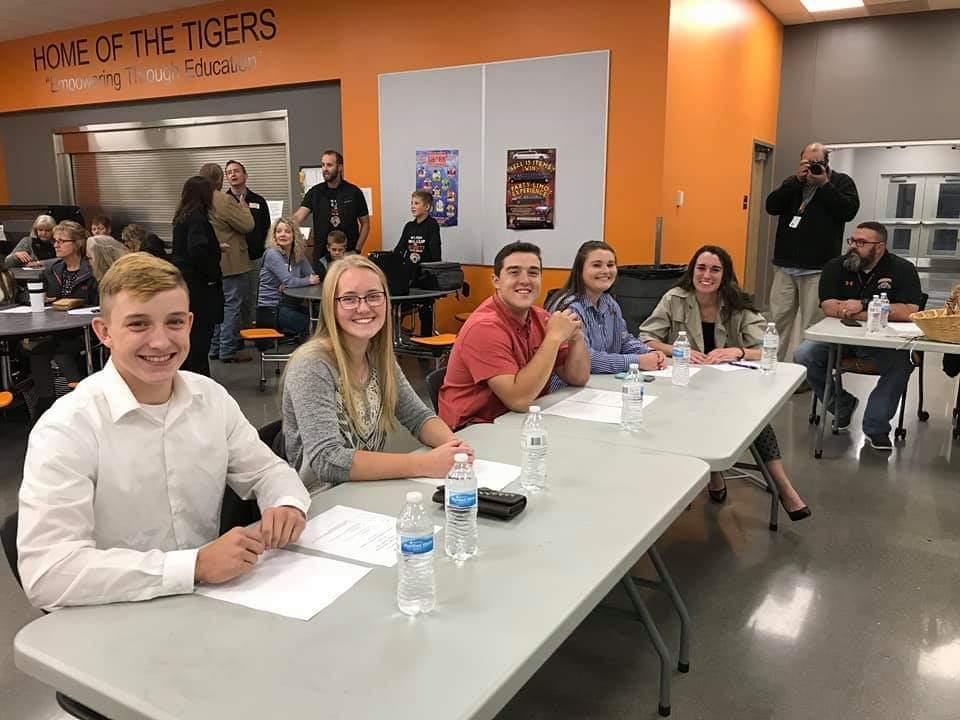 On October 1st, the Bennett School District held its meet the candidates night for the upcoming school board election in November. Candidates for the upcoming election are (in ballot order) Debra Brunner, Amy Kirkwood, Melissa Walkup, Nancy Barden, and Dennis E. Smialek DVM. Each candidate gave a 3-5 minute personal statement about themselves, and their ideas for the board, and then proceeded to answer questions made up by students of the Bennett High School Senior Government Class. The questions asked addressed the concerns of BSD29j staff, students, parents, and community members.